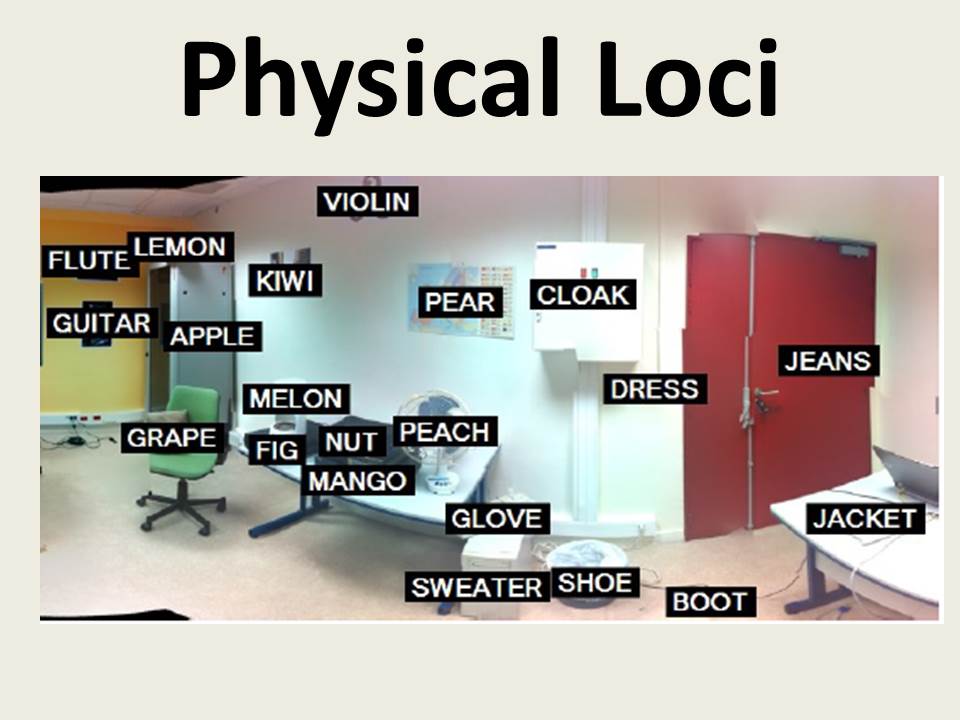 Physical Loci, a technique based on an ancient memory technique, allows users to quickly learn a large command set by leveraging spatial, object and verbal/semantic memory to create a cognitive link between individual commands and nearby physical objects in a room (called loci). We first report on an experiment that showed that for learning 25 items Physical Loci outperformed a mid-air Marking Menu baseline. A long-term retention experiment with 48 items then showed that recall was nearly perfect one week later and, surprisingly, independent of whether the command/locus mapping was one’s own choice or somebody else’s. A final study suggested that recall performance is robust to alterations of the learned mapping, whether systematic or random.

CoFacade: A Customisable Assistive Approach for Elders and Their Helpers