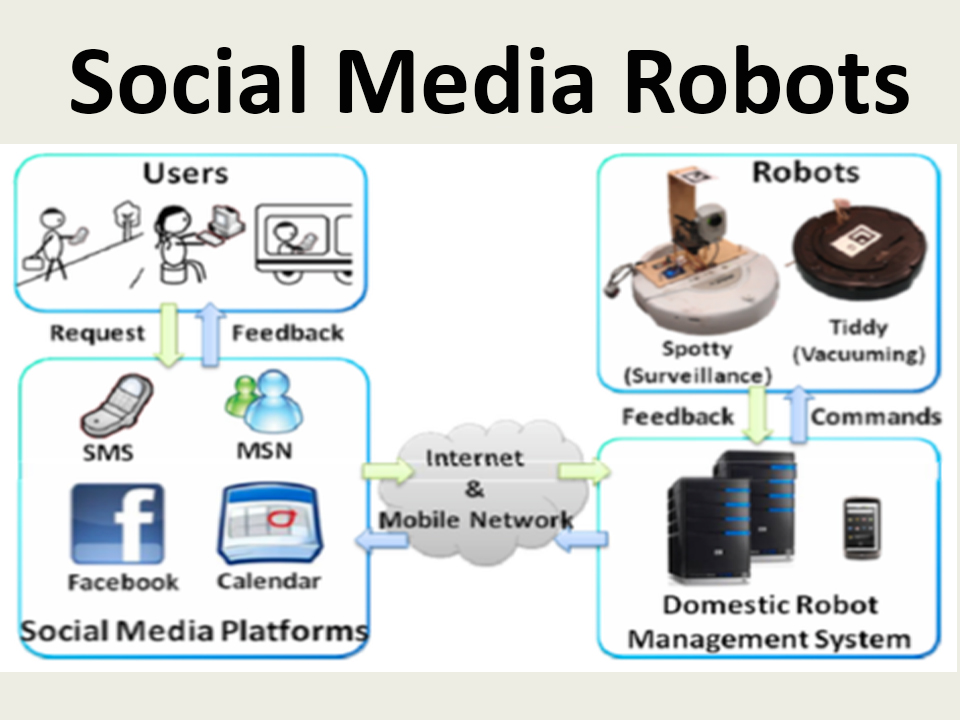 This paper proposes to put domestic robots as buddies on our contact lists, thereby extending the use of social media in interpersonal interaction further to human-robot interaction (HRI). In detail, we present a robot management system that employs complementary social media platforms for human to interact with the vacuuming robot Roomba, and a surveillance robot which is developed in this paper on top of an iRobot Create. The social media platforms adopted include short message services (SMS), instant messenger (MSN), online shared calendar (Google Calendar), and social networking site (Facebook). Hence, our system can provide a rich set of user-familiar, intuitive and highly-accessible interfaces, allowing users to flexibly choose their preferred tools in different situations. An in-lab experiment and a multi-day field study are also conducted to study the characteristics and strengths of each interface, and to investigate the users’ perception to the robots and behaviors in choosing the interfaces during the course of HRI.